Episodes, is a unique production.

I first became involved on Series 2, after having an interview with the legendary David Crane (creator of Friends) and Jeffrey Klarik (Mad About You), 2 of the most eminent comedy writers of our time.

It was a daunting meeting, but one that went well enough for them to offer me the job.

During Series 1, they had shot everything in the UK, using blue screen widely, but were now hoping to make some sweeping changes for Series 2.

They wanted to do away with blue screen all together, but still keep the illusion that everything was shot in Los Angeles, being a show about inside the TV Industry in Hollywood.

They had scheduled 6 days on location in LA, which helped enormously, but the rest of the show was shot on a stage at Wimbledon Studios, some restaurant locations in London, and some large mansions in Surrey.

It was a challenge, but one that I was really excited to take on.

I designed the Network office set, with full suspended ceilings and raised floors, to make it feel like a real high rise office location, and commissioned a large format photo vista of Los Angeles from the rooftop of WME in Beverly Hills.

I had this printed as a translight, approx. 40m x 10m, which became the backdrop outside the large plate glass office windows.

Expertly lit by DOP Rob Kitzmann, this gave the illusion of a real view outside the windows and gives the offices their wonderful Californian daylight, without the restrictions of blue screen.

Having been to LA prior to the UK shoot on a week long recce, I was able to stock up on box loads of American power sockets, light switches and fixtures and fittings, which I shipped back to the UK to incorporate into the set build.

It was really important to me to have authentic American details, along with American branded products and food and signage, wherever we shot in the UK.

We spent 6 days in Los Angeles for Series 2, all outdoors, shooting views that could only be in LA, hiking trails, views of the Hollywood sign, LA streets, and some exterior stage scenes at Paramount Studios.
Matching American vehicles between the UK and US was really quite challenging, at one point having to acquire a left hand drive Infiniti in Switzerland and have it driven over to the UK and then wrapped to match the colour of our American Infiniti.

For Series 3, the decision was made to shoot a 50/50 split between the UK and the US, which gave me the opportunity to design and build sets in Los Angeles, which we shot at Culver Studios.

One of the sets was a replica of an interior of a house in New Malden that we shot in on Series 2, that became Sean & Beverly’s LA house.
The difficulty here being that all of the furnishings and props were English, some belonging to the home owner, and all needed to be matched as close as possible in LA for continuity to the previous series, which in story order, was a few days before.

I sent the LA Art Dept. as many reference photos as I could, before heading out there, and they did a remarkable job of re-creating every detail.

Shooting in a studio in LA was also a great experience. The crews are so much bigger than we’re used to over here, and they all loved working with the Brits.

For Series 4, the current series due to air in May, we scaled back to 3 weeks shooting in LA, mostly for cost reasons, and again, made use of the great outdoor views of LA that give the show its sense of place.

We shot in a working hospital, in a stunning Malibu Beach house, and even shut down 3 blocks of Cahuenga Blvd for half a day, whilst shooting a driving sequence.

The thing about Episodes is that anything can happen. The show is about Hollywood with all its craziness, hopes and dreams and crushing defeats. But as a Production Designer, it’s been very much a dream job.

All opinions expressed are by interviewee, not of the British Film Designers Guild. 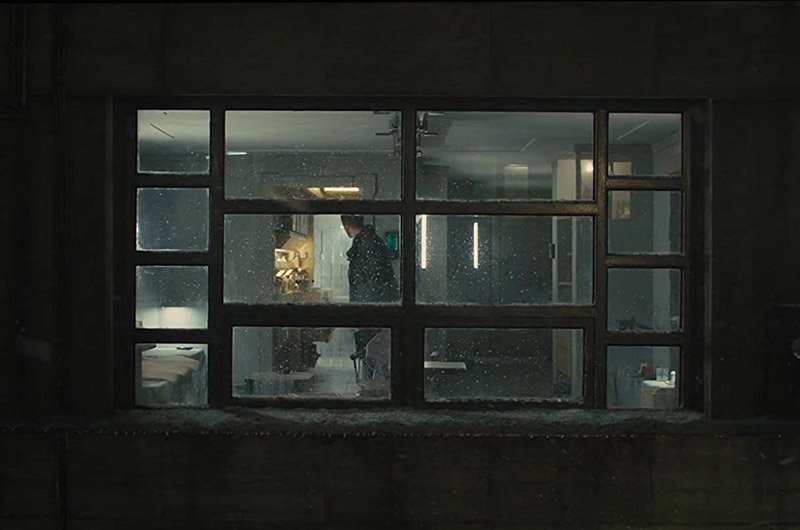 You can at any time revoke your consent by following the steps on our Privacy page, you can also find further information about the data we collect and how we use it.